The Department of Finance now has released an updated version of this month's Finance Bulletin, the key monthly document for tracking state budgetary revenues. 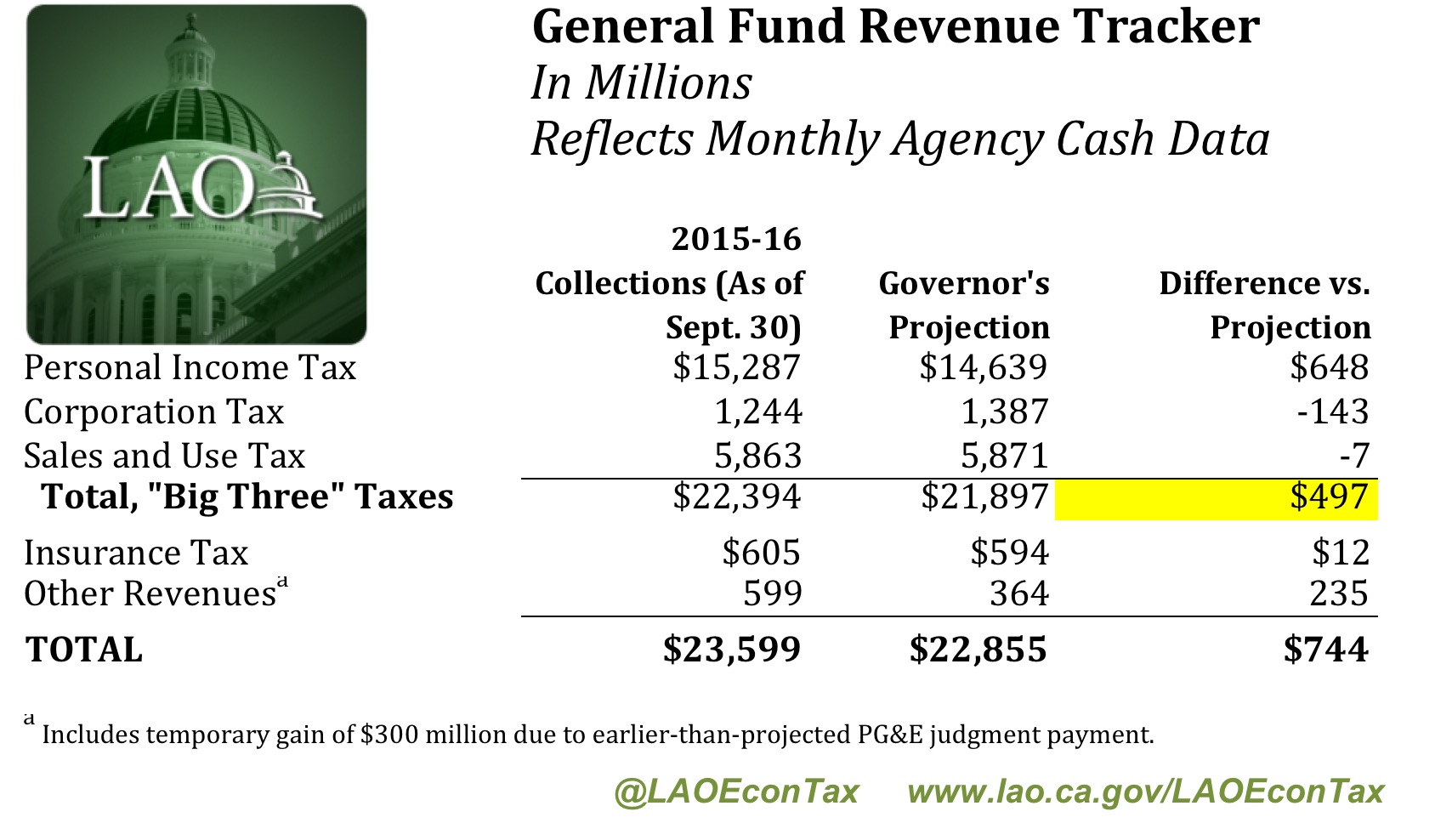 "Big Three" Taxes End September Around $500 Million Above Year-to-Date Projections. California's "Big Three" General Fund taxes (the personal income tax [PIT], the sales and use tax, and the corporation tax) combine to make up nearly all General Fund revenues. As of September 30, the Big Three taxes are running about $500 million ahead of the Governor's projections for the 2015-16 fiscal year to date, as shown above. Nine months remain in this fiscal year, including the current month of October.

Personal Income Taxes Well Above Monthly Projection. The Governor's budget projection assumed that General Fund PIT collections in September would equal a net amount of $6.21 billion. Net General Fund PIT collections for the month actually totaled $6.70 billion, or $486 million above the Governor's projections for the month. (This monthly amount was up 10.9% [$660 million] from the total collected last September.)

September PIT collections come largely from PIT withholding and PIT estimated payments, which are described below.

Sales Taxes Below Monthly Projection. Preliminary agency cash collection data from the State Board of Equalization indicates that September General Fund sales tax collections totaled $1.925 billion, or $63 million below the Governor's revenue projection for the month.

The next updates of our office's General Fund revenue outlook are expected to be released on or about Wednesday, November 18 in the annual LAO Fiscal Outlook publication.