3/2015: Comparison With Other States' Job Reports

Sixth-Highest Annual Job Growth Rate Among States, As of March. As shown below in a BLS table, California's job growth rate over the 12-month period ending in March was 3.1% and tied with Georgia for sixth-highest among the states, trailing Utah (3.9%), Florida (3.7%), Washington State (3.4%), Oregon (3.3%), and Idaho (3.2%). As we discussed last week, California's 3.1% job growth over the past 12 months has outpaced the nation's 2.3% job growth rate. 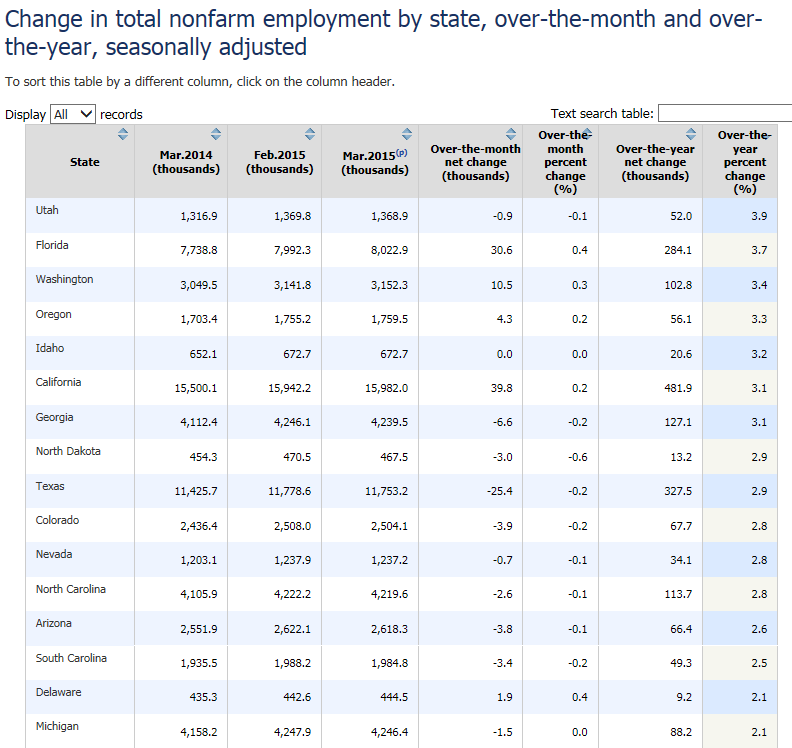 Reflecting in part its large population, California's raw amount of job growth surpassed all other states during the past year at 481,900. Texas ranked second by this count at 327,500. 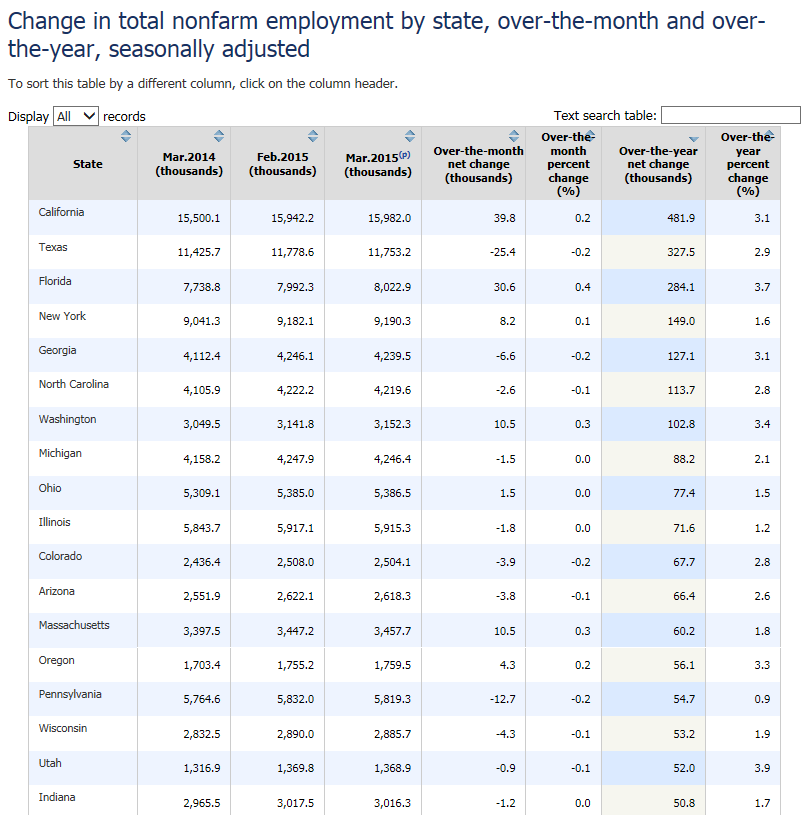 In March, according to the BLS preliminary data, nonfarm payroll employment decreased in 31 states, compared to February, and increased in 18 states, including California, which had the largest increase in raw terms at 39,800 jobs. Statistically significant nonfarm payroll declines occurred in several other oil-producing states, including Texas (down 25,400 jobs from February), Oklahoma (down 12,900), and North Dakota (down 3,000).