The U.S. Bureau of Labor Statistics (BLS) released summary state jobs data this morning for July 2015. Later, the state Employment Development Department (EDD) released its monthly data for July. Each month, we track California's seasonally-adjusted nonfarm payroll employment growth across 18 economic sectors (described here). As shown below, over the past 12 months, California's job growth has surpassed the nation as a whole in 12 of those 18 sectors, according to EDD data for California and BLS data for the U.S. 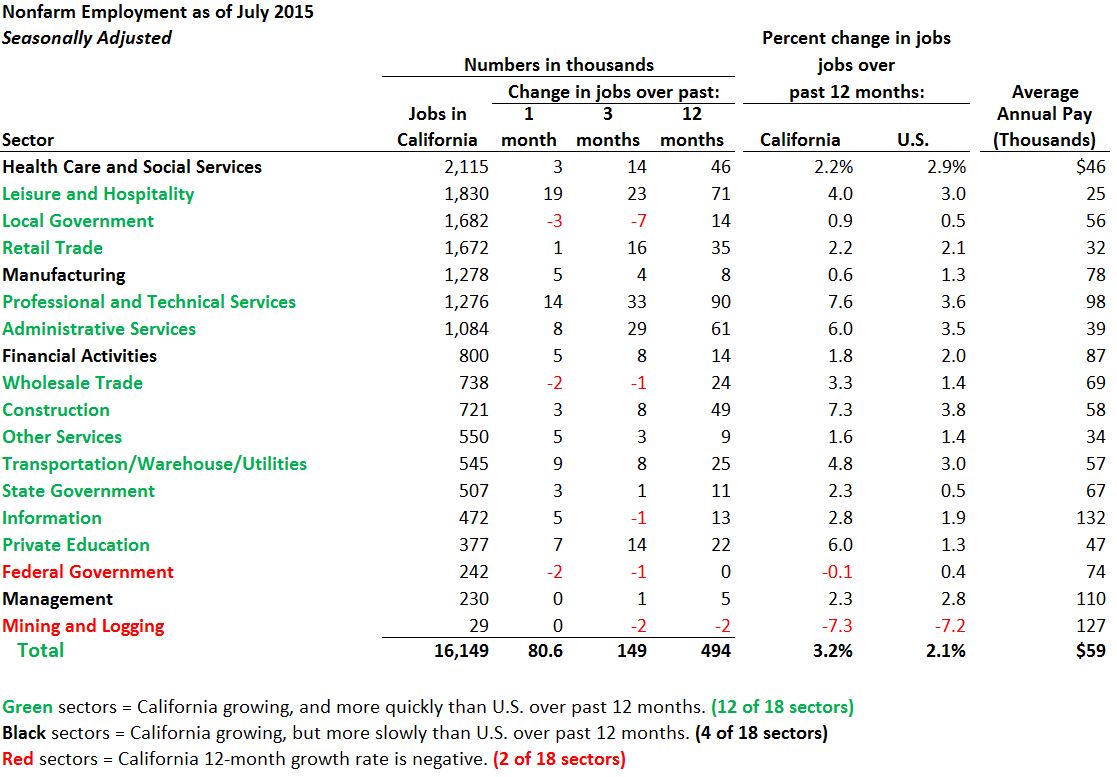 Over 80,000 New Jobs in July, According to Government Surveys. According to BLS, on a seasonally-adjusted basis, California's economy created a net 80,700 jobs in July, a strong 0.5% monthly growth rate. (The BLS July job growth total [80,700] differs slightly from EDD's [80,600].) The data shows that most of the core sectors driving California's economy in the long run have been growing strongly. EDD data, for example, shows that the high-paying, technology-focused professional and technical services sector continued its torrid rate of growth in California in July, with around half of the month's job gains in that sector resulting from new consulting jobs. Leisure and hospitality employers did well in July, and the construction industry continued to post job gains.

Future revisions easily could reduce the strong July job growth number, but, setting aside the month-to-month noise in the data, California's job growth over the last year has been quite healthy. 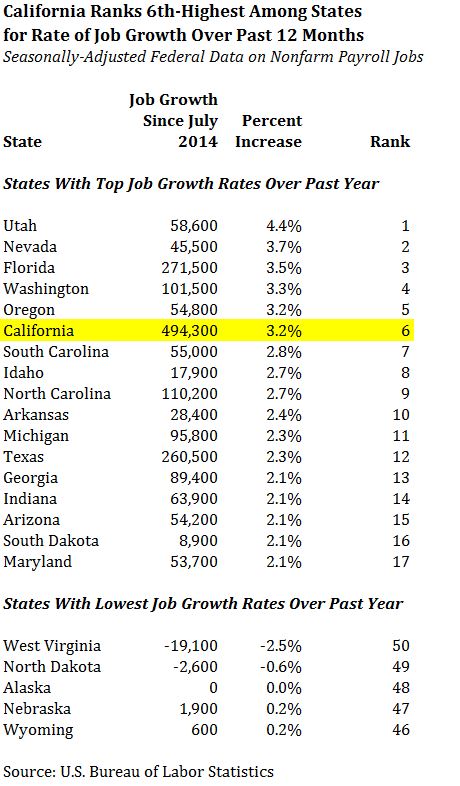 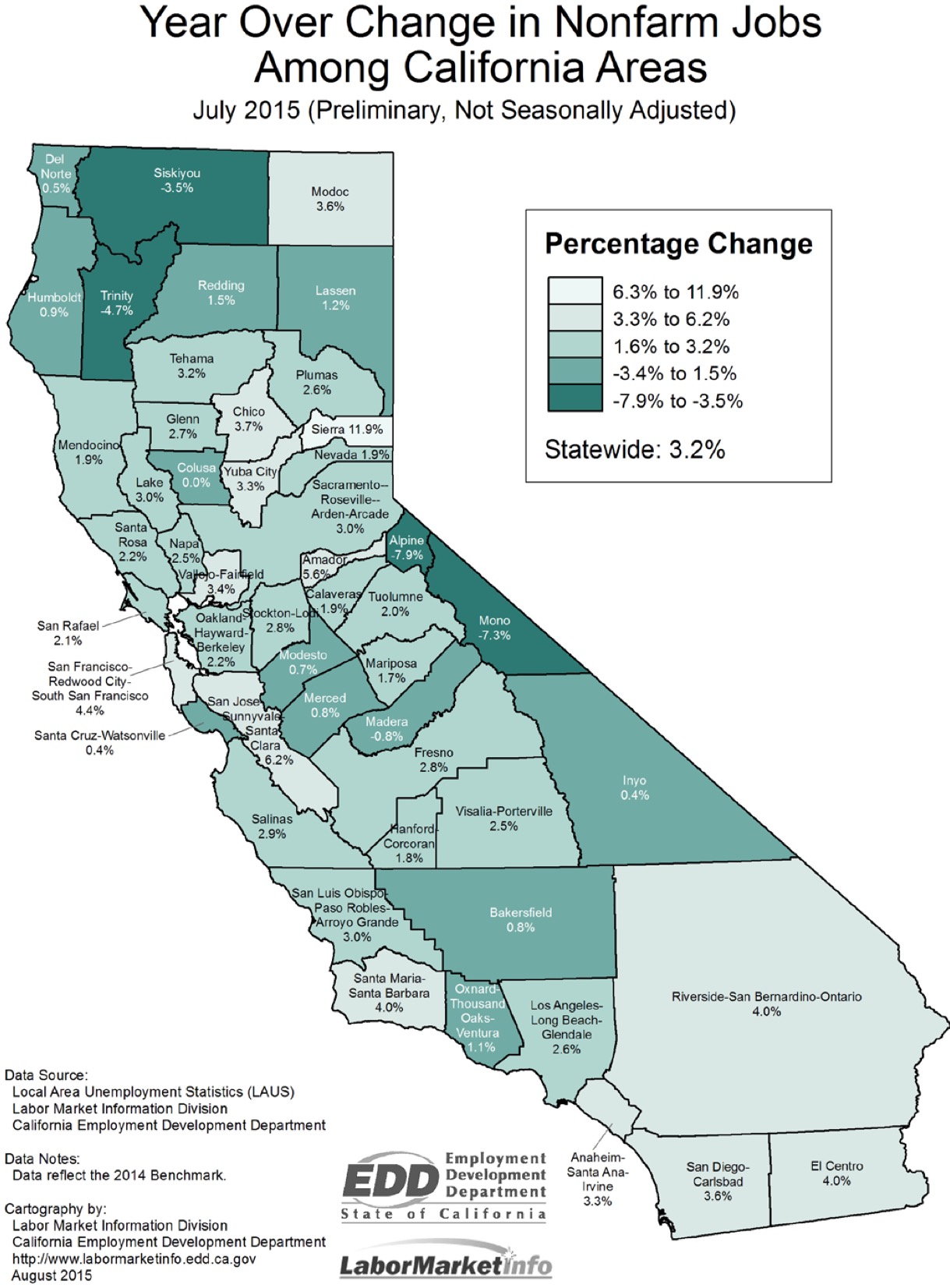 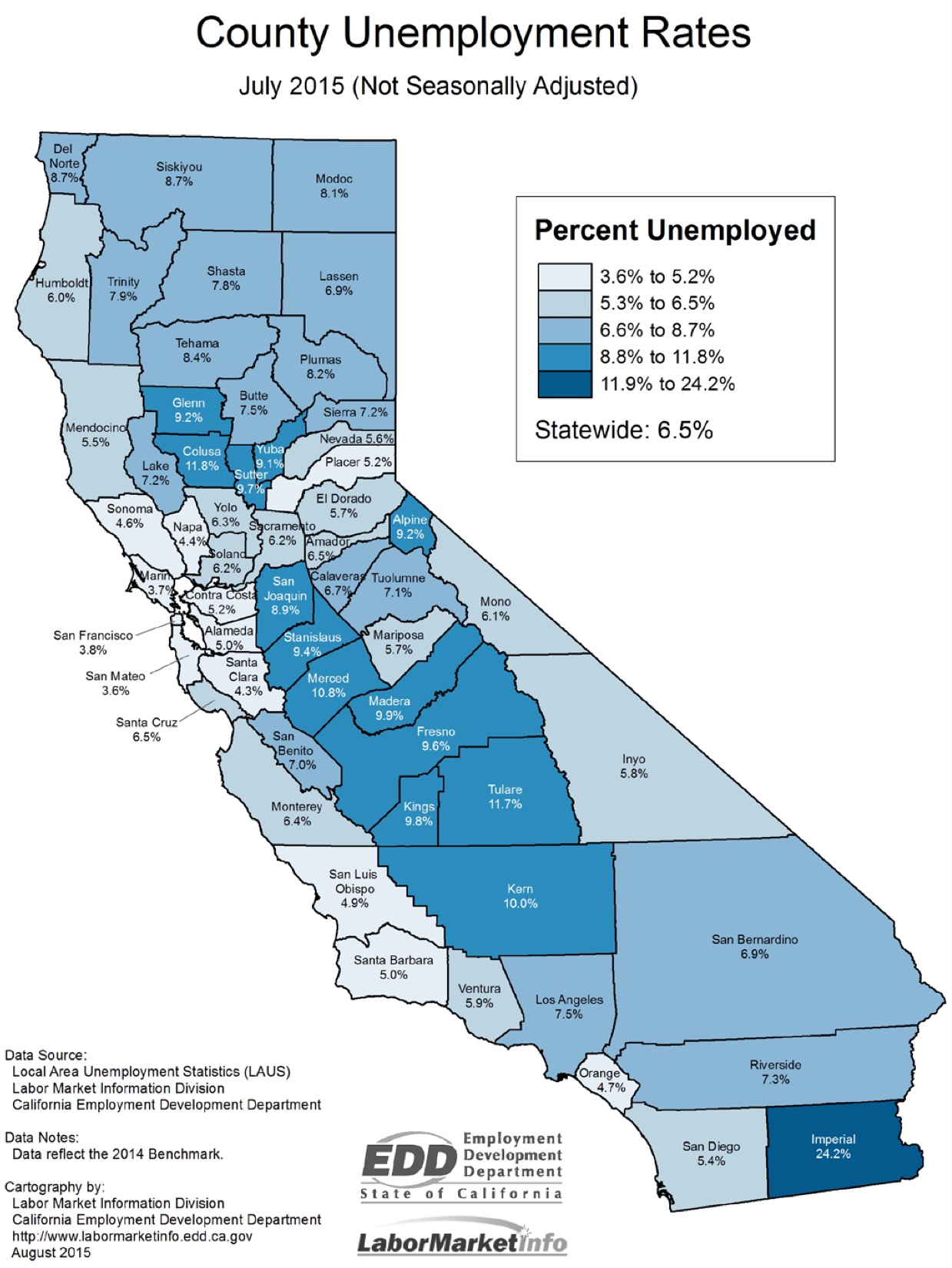